This course is a practical course which explains how to realise a microservice infrastructure in order to realise a full-stack web application composed by a “framework-less” Single Page Application and two restful Spring Boot microservices interacting with each other and with two different databases thanks to the implementation of the JPA (Java Persistence Api).

You’ll have the basis to generate fastly a microservice infrastructure, to organise your application using different layers according to the “SOLID” principle and following the MVC pattern.

You will have the instrument to organise your communication protocols using simple and effective rules, to implement restful web services which communicate with Json Messages.

This is course has the same topic of the Italian course Sviluppo Web a Microservizi con Java Spring Boot e Ajax” so it can easily considered as its English version. The example developed is different but with the same topics: microservices, Spring Boot, JPA and Rest calls.

This is an animated, visual and spatial way to learn data structures and algorithms

Programming interviews are like standard plays in professional sport – prepare accordingly. Don’t let Programming Interview gotchas get you down!

Design Patterns – 24 That Matter – In Java

This is an intensely practical, deeply thoughtful, and quirky take on 24 Design Patterns that matter.

A Java course for everyone – accessible yet serious, to take you from absolute beginner to an early intermediate level 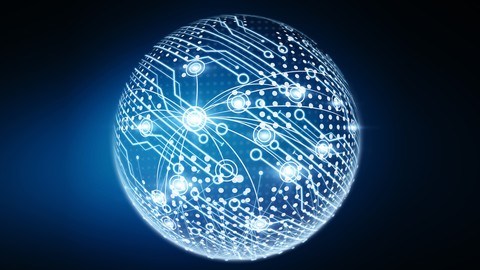 Data structures are amongst the most fundamental ingredients in the recipe for creating efficient algorithms and good software design. Knowledge of how to create and design good data structures is an essential skill required in becoming an exemplary programmer. This course will teach you how to master the fundamental ideas surrounding data structures.

Learn and master the most common data structures in this comprehensive course:

This course provides you with high quality animated videos explaining a multitude of data structures and how they are represented visually. You will learn how to code various data structures together with simple to follow step-by-step instructions. Every data structure presented will be accompanied by some working source code (in Java) to solidify your understanding of that particular data structure. I will also be posting various coding exercises and multiple choice questions to ensure that you get some hands on experience.

Fundamentals of Java with NetBeans

This is a mini-course about the programming language Java. You will learn about how to install the NetBeans IDE together with Java, create your first project and start this project. The course will introduce you into commands, variables, conditional statements, methods, classes, inheritance and visibility modifiers.

This is a very short course about the Java language. It will teach the very basics. It is create for those who need a quick start maybe because they have to solve some exercise questions they received by their teachers as homework. Or it is intended for people who need a first feeling what Java is.

Simpliv LLC, a platform for learning and teaching online courses. We basically focus on online learning which helps to learn business concepts, software technology to develop personal and professional goals through video library by recognized industry experts or trainers. View all posts by simpliv